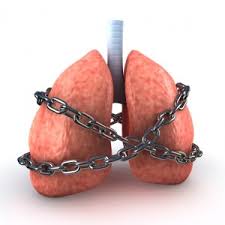 If the respiratory disease spreads toward, viruses may also cause the inflammation of laryngeal inlet or the vocal cords.
In case of children, krupp with barking cough may occur. Tract congestion and intensified production of saliva significantly worsens the ventilation of the paranasal sinuses, and the produced phlegm can not leave the (frontal) sinus.
These two factors together significantly increase the risk of bacterial superinfection, which may then lead to the inflammation of (frontal) sinus (which is called sinusitis).
Inflammation of trachea and bronchial are generally the result of viral infection, which show up as trachea and bronchial catarrh.

Pneumonia may occur thanks to the respiratory diseases. Pathogens generally get into to the lower trachea, where they establish a foothold and start to multiply themselves, initiating an inflammation process.
Several factors predispose pneumonia, such as viral infections, smoking or chronic lung diseases.

Major part of respiratory diseases may be caused by viruses. Signs of viral origin are usually mucosal congestion, not, or only mildly enlarged regional lymph nodes, mostly dry stimulated coughing.

In case of bacterial infection general symptoms (fever, headache, vomiting, intensified phlegm production) dominate.
Upper respiratory diseases might start with malaise.
The initial symptoms might be followed by fever as well. In case of general cold, running nose, in case of pharyngitis, red pharynx formula, swallowing ache beaming into the ears and the painful lymph node swelling are typical.
In case of respiratory diseases, quinsy may occur thanks to bacterial infection, whitish, point-like pus taps show up on the tonsils.
In case of such respiratory diseases, very bad general being is experienced, which may followed by swallowing problems, heavy pain and high fever.

By patients suffering from respiratory diseases, loud snoaring at nights are typical. Unpleasent taste in the mouth and halitosis can be experienced as well. Dry, excruciating couging and hoarseness might also occur. In case of intensifying respiratory diseases, vocal cords can also be attacked by pathogens, speaking skill weakens, “patients can only whisper”, or their voice might go away for a short time.

If you are also suffering from a respiratory disease, we recommend you to contact us and try the Genius-awarded salt inhaler of Lukács Kiss, the
Mini-Sanatorium1 ceramic salt inhaler device.
Get rid of the excruciating respiratory allergy and asthma!

Why to choose us?

The Mini-Sanatorium1 salt inhaler can provide effective improvement
contrary to the other forged salt inhaler manufacturers having NO proper confirmations, claiming themselves original!

The Mini-Sanatorium1 is such a special salt inhaler, whose effectiveness is unquestioned!
We recieve very satisfied feedbacks from patients of pulmonology sanatoriums and doctors too.
Its effectiveness is proven by many letters of thanks, which covers the reality.

All customers expressed their satisfaction right after some days of use, and these also proove the fact, that the original salt inhaler device is capable of alleviating respiratory diseases!

In case you choose the original Mini-Sanatorium1 salt inhaler device, you may also face its effectiveness soon. It effectively alleviates any kind of respiratory diseases!